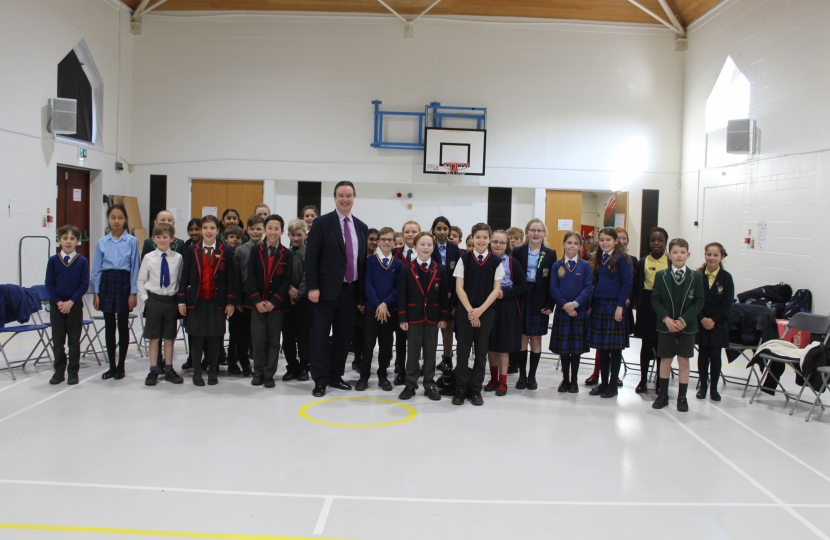 Greenfield School in Woking hosted their second annual Children’s Festival on Tuesday 11th February. This was an exciting, ambitious and innovative event, designed to produce the next generation of citizens who will hold compassion, integrity and responsibility for the future of the planet at their core. There is no escaping the global impact of humanity’s continued development, both technologically and environmentally, and children from schools across Surrey confronted these topics yesterday through dynamic child led presentations, games and a pupil parliament.

The day started with an exploration of sustainability, including discussions around its importance in building a future world and the ways in which the children could impact change. The students from Sythwood School, Duke of Kent School, Aldro, Lyndhurst, Guildford High School and Greenfield shared their sustainability best practice with each other; over 75 actions which they have already achieved. Examples included clothing and stationary swap shops, meat free Mondays, using bamboo toothbrushes and coffee cups, boycotting products containing palm oil and organising car-shares. Building on their ambition, the children then continued to prove themselves as future leaders by giving team presentations on a UN Sustainability Goal of their choice.

The children returned to a room transformed into a Pupil Parliament for their afternoon activities. Jonathan Lord MP spoke to the children about democracy and the roles of Government and Parliament before opening the floor to some very insightful questions. Students learnt that working hard, being resilient and listening carefully to others were some of the key qualities necessary to work in politics. The children then debated topics linked to two of the UN Sustainability Goals: Gender Equality and Reduced Inequalities.

After a successful day with some brilliant young minds, it became clear that if these are indeed the leaders of the future then we are in safe hands!