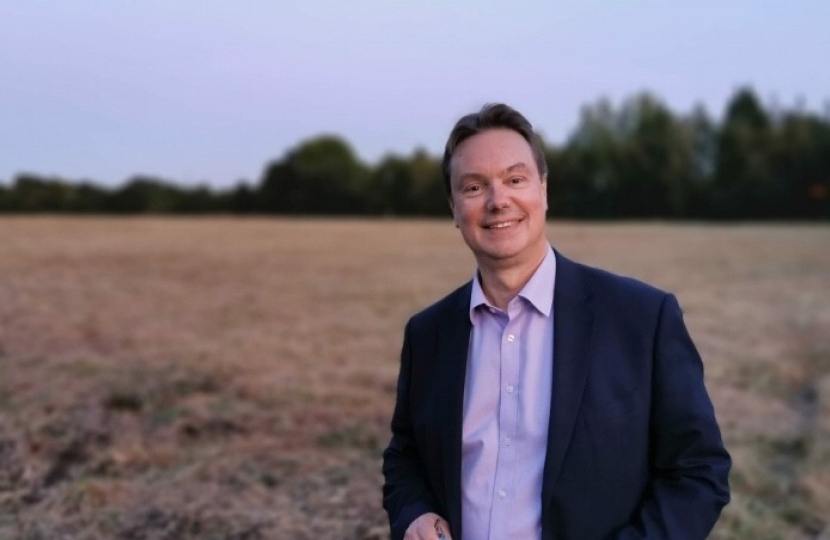 Jonathan was joined at the meeting by Cllr Kevin Davis, Woking Borough Council Portfolio Holder for the Environment, who was on hand to help answer questions raised by the group.

“It was great to meet with local environmental campaigners from WEAct once again and we were able to cover a number of important topics in our discussions. On flooding, I was able to point to a number of successfully completed schemes, such as the one in Hoe Valley, and to my own involvement as the Chairman of two local Flood Forums. There are further important flood protection plans in an advanced stage of development for Byfleet and for major parts of the Thames just a few miles away.”

“The campaigners and I agreed that we need to be building homes across the country that are more energy efficient and I will be lobbying the relevant Ministers about this.”

“We also agreed that this is a hugely important year for U.K. leadership on the environment as we prepare to host and preside over the crucial COP26 Conference in Glasgow in November.”

Statement from Jonathan Lord MP on Protecting our Green Belt in Byfleet and West Byfleet:

Jonathan Lord MP and Cllr Keith Witham made a short visit to GlucoRx's headquarters in Normandy last week to find out more about the work of this leading UK business.