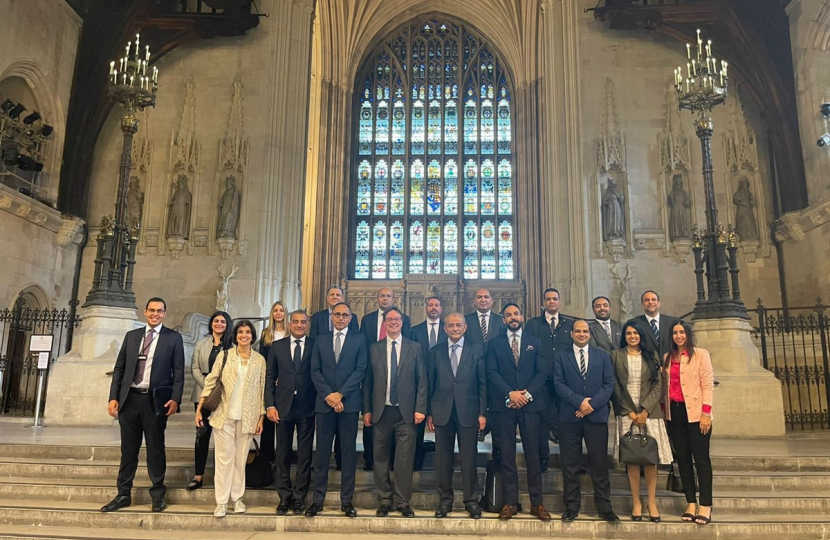 In his role as the Co-Chairman of the All-Party Parliamentary Group (APPG) on Egypt, Jonathan Lord MP today hosted the British Egyptian Business Association (BEBA) in Parliament.

The high profile delegation included prominent businesspeople from Egypt seeking to foster and deepen ties between the United Kingdom and Egypt, and a number of MPs and Peers attended including former APPG Co-Chairman the Rt Hon. Stephen Timms MP, Adam Holloway MP, and The Rt Hon. Lord (Richard) Inglewood. In a sign of the importance of the meeting, Her Majesty's Ambassador to the Arab Republic of Egypt, His Excellency Gareth Bayley OBE, and Egyptian Ambassador to the United Kingdom, His Excellency Sherif Kamel, were also in attendance.

Commenting on the success of the meeting, HE Ambassador Kamel remarked:

"I would like to thank Jonathan Lord MP for hosting this meeting in Parliament and for his introductory remarks about the current state of play in British politics and the outlook for the world economy".