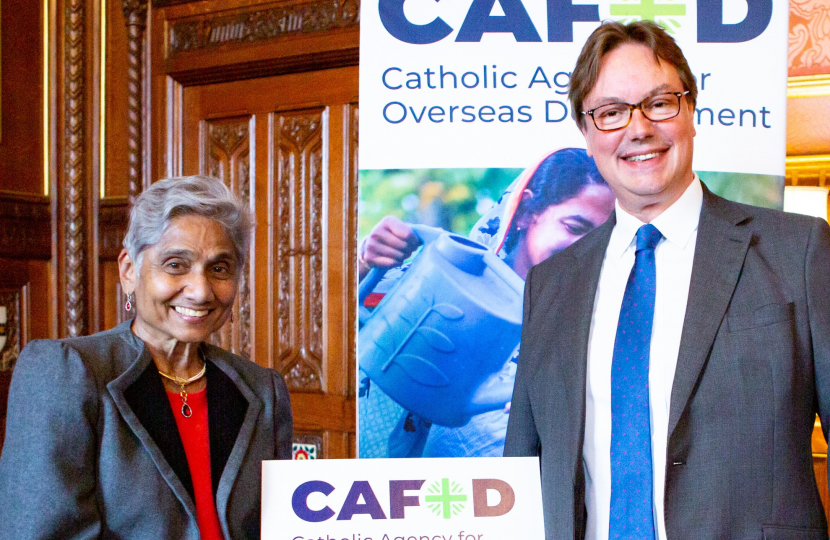 Thereza is a local resident and a member of St Dunstan’s Church in Woking. CAFOD supporters from every diocese in England and Wales were invited to this Reception and Thereza was representing the Diocese of Arundel and Brighton.

The House of Commons Speaker, Sir Lindsay Hoyle, hosted the event, which included an address from Jo Churchill, the Minister for Agri-Innovation and Climate Adaption.

Jonathan said “It was wonderful to meet up with CAFOD supporters from across the country, including Thereza Macnamara from St Dunstan’s. CAFOD campaigns very effectively against injustice throughout the world and their supporters at St Dunstan’s are extremely active in this work.”

“It is clear to me that the Prime Minister has lost the confidence of his parliamentary colleagues and therefore must stand down.