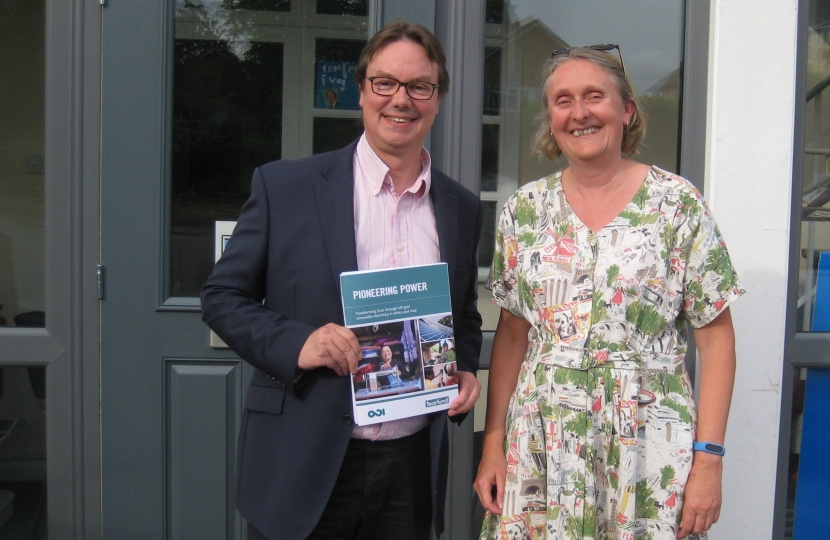 Jonathan met with his constituent Billie Anderson at Churchilll House, Chobham Road, and they discussed the need for all countries to work together to prevent climate change.

Jonathan said ''It was great to meet Billie once again. I was of course very happy to discuss the important issues that she brought to my attention concerning the Climate Coalition campaign.'

The Climate Coalition is the largest group in the UK, representing over 130 businesses and organizations committed to tackling climate change:

Jonathan is delighted that plastic bag sales in England’s seven largest supermarkets have dropped by 86 per cent since the Government introduced the five pence plastic bag charge, that is part of a wider green policy helping us to reduce waste and leave our environment in a better state than we found it.

The plastic bag charge which was introduced in 2015 has taken over 9 billion plastic bags out of circulation -  reducing the amount of plastic waste going into our rivers, seas and oceans.

Over the last year, the five pence charge has meant that the biggest supermarkets have bought nearly 300 million fewer bags than the previous year, with £60 million donated towards good causes.

On average, each person used to use 140 plastic bags per year. Now, the figure is at 19 plastic bags per person which just goes to show that if we work together, we can reverse the rising tide of plastic waste.

Statement from Jonathan Lord MP on Protecting our Green Belt in Byfleet and West Byfleet: