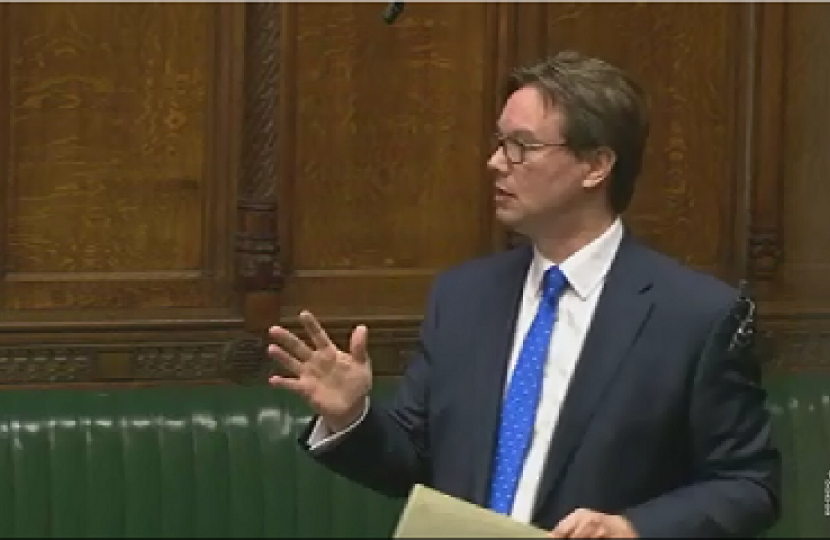 Jonathan Lord has successfully steered his Private Member's Bill on Armed Forces Citizenship through the House of Commons.

The Citizenship (Armed Forces) Bill received cross-party support for its third reading in the House of Commons.

Jonathan described his Bill with the words 'small Bill, big heart' and he was congratulated warmly by Ministers and fellow MPs on both the drafting of the Bill and on his speeches promoting it. The Bill seeks to correct an injustice in the regulations with regard to foreign and Commonwealth members of the Armed Forces deployed abroad. Under current regulations they are sometimes unable to include their time served overseas as part of their citizenship application.

The Bill means that forces members who wish to apply for the naturalisation route to citizenship are not put at a disadvantage if they happen to have been serving abroad at the start of their five year qualifying period. The Bill could benefit approximately 200 current and former service personnel per year.

Speaking in the House of Commons Jonathan said: "This is not going to impact on our immigration numbers to any great extent, but the current rules need to be changed. I do believe it is wrong for our armed services personnel to be discriminated against in this way. Every day that our soldiers have spent in the service of our country abroad should have the same value in the eyes of the immigration authorities as a day spent in the UK."

The Bill was later piloted through the House of Lords by Woking resident, and former Defence Minister, Lord David Trefgarne.

The Bill received Royal Assent on 13th September 2014 and is now a lawful Act of Parliament.

Jonathan has seen his Private Member's Bill successfully pass through the House, by which he campaigned for the naturalisation rights of Foreign and Commonwealth soldiers in our Armed Forces. Following agreement by both Houses on the text of the Bill, it received Royal Assent on 13th March 2014.