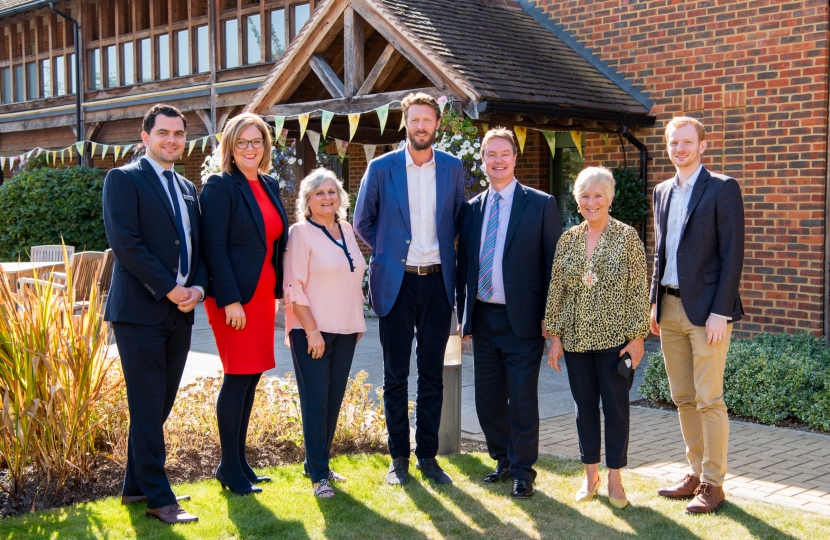 To celebrate its special achievement, Mayford Grange threw a party for residents, staff and local dignitaries – some of whom were present at the village launch a decade ago!

One such guest was the previous Mayor of Woking, Tina Liddington, who performed the official opening honours 10 years ago and made a return visit for the birthday celebrations.

Jonathan and Tina were joined by current mayor, Cllr Beryl Hunwicks, who together with residents and staff at the Westfield Road village raised a glass before cutting a special cake to mark the milestone occasion.

Jonathan commented, “Retirement villages such as Mayford Grange are becoming an essential part of local communities and have an important part to play in supporting our growing older population. It was a great delight to join the residents and staff in celebrating the 10th anniversary.”

The village is home to 42 private apartments which are purpose built to cater for people aged 65 and over. There is also a central clubhouse with its own restaurant, residents’ bar, library, cinema room and small shop. The village has a team of staff and domiciliary care is available via a third-party operator.

One of the village’s original residents is Mrs Beryl Goode. She said, “I love the independence and being part of a community although we certainly don’t live in each other’s pockets. It’s handy having facilities actually in the village and I make good use of the hairdresser!”